What is Black Friday and the truth behind this name

MEKSEA.COM – Nowadays, Black Friday is the busiest day of the year for many retailers in the world. Referring to that day, we will immediately think of chaotic crowds or shock discounts. But have you ever wondered what Black Friday is, where it came from or what it means? Let’s discover the truth behind this super sales day with Meksea.

How did Black Friday get its name? 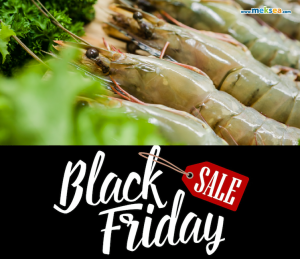 Black Friday is an informal name used to describe the day after Thanksgiving. It is one of the biggest deal-shopping events of the year.

There are many different ways to interpret this sale off day. According to USA Today, the name Black Friday first appeared in the US. In 1929 president Franklin D. Roosevelt was under pressure to move Thanksgiving from the last Thursday to 4th Thursday in November to extend the Christmas shopping season.

The sale off day is a plan to resolve the crisis state of the US economy at that time. The new Thanksgiving Day was recognized in 1941, but the Black Friday concept was not popular until about a decade later.

According to another source, this name comes from the American city of Philadelphia. In the 1950s, Friday after Thanksgiving is such a hard-working day for the Philadelphia police. Massive people from the suburbs have flocked to the city to shop, leading to overcrowding. According to Wiki, Black Friday mentioned a serious traffic jam that occurred on the Friday after Thanksgiving in 1965 in Philadelphia. Hundreds of thousands of Americans crowded together in the streets, sidewalks to go shopping to prepare for the upcoming Christmas. So this is a day to kick off the holiday season, similar to Boxing Day in many other countries.

What is the real meaning of Black Friday?

Although there are different versions of the origin of Black Friday, in general, it’s an occasion to boost shopping demand. Black Friday plays an important role in the economy, especially for some retailers. 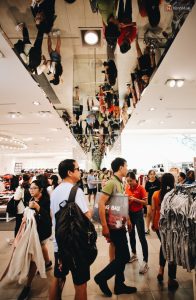 On this day, most major retailers launch great discounts, big deals up to 50%. Even others discount more. Some items often on sale on Black Friday like electronics, home appliances, furniture, fashion, etc. Moreover, in some countries, many owners even allow employees to take a day off as for a holiday to go shopping.

This is the reason why hundreds of people jostle and rush into each other at supermarkets and retail stores to fight for the best item with deep discounts on Black Friday in many stores in some countries.

These days, not only on the Friday after Thanksgiving, but big sales off are also scheduled a few days in advance. This holiday is not only in Western countries but also spread to many countries around the world. Now, shopping habits are more and more changed. Many people choose online shopping instead of physical shopping. Which helps them save time as well as avoid the chaotic crowd.