MEKSEA.COM – According to the Vietnam Association of Seafood Exporters and Producers (VASEP), Vietnam’s shrimp exports in the last months of the year have seen many positive changes. Export turnover to markets increased significantly compared to 2020. 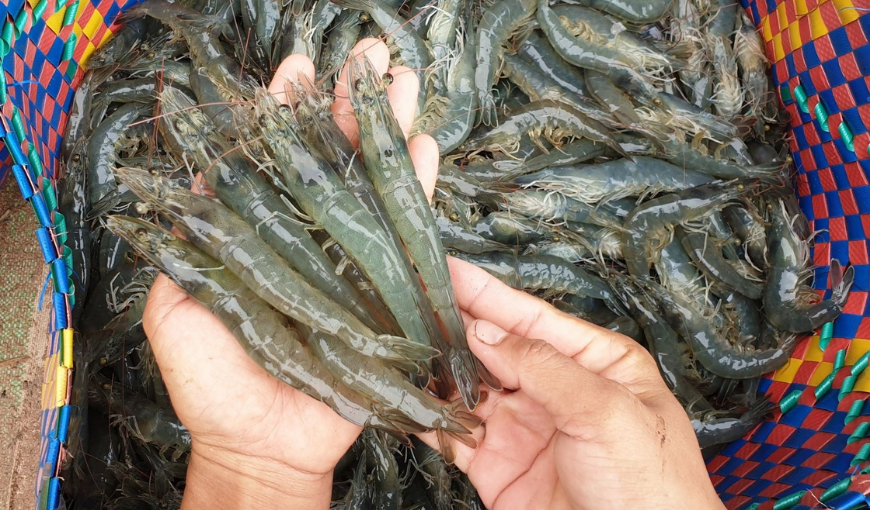 Currently, Southern Vietnam has switched to adapting to the Covid-19 epidemic in the new situation. Therefore, the supply chain is smooth, shrimp exports gradually recovered strongly.

In October 2021, seafood exports to the US recovered the most, up 31% over the same period last year. Followed by Korea, Canada, and EU markets increased by 20%, 17% and 9% respectively.

In the IV quarter, the import demand of the EU, the US, etc always increases at a high level. Meanwhile, the price of raw shrimp in exporting countries such as India and Indonesia tends to increase due to shortages.

The increase in the price of raw shrimp along with the import demand in many markets increase sharply is a positive sign for the shrimp industry in the last months of the year. This is also the motivation for shrimp farmers and seafood exporters to overcome after the impact of the Covid-19 epidemic.

Famers in the Mekong Delta have stocked new shrimp crops for the upcoming time. (Photo: Internet)

Most factories have been restoring production

Up to now, most workers at factories and seafood processing facilities in the Southern provinces of Vietnam have been vaccinated. Along with the price of shrimp increasing again, market demand increases at the end of the year, which is a good opportunity for seafood enterprises to seize, speed up and restore production.

Currently, people in the provinces in the Mekong Delta have stocked new shrimp crops, ready to serve the needs of domestic consumption and export during the Lunar New Year and the first quarter of 2021.