MEKSEA.COM – In the first half of September 2021, Vietnam’s tuna export volume to China increased by 332% over the same period last year. This is considered a breakthrough in Vietnam’s seafood export industry right after the factories resumed production.

Previously China used to announce to stop importing frozen seafood from major seafood exporting countries, including Vietnam because of signs of infection and spread of Covid-19. In addition, the outbreak of the fourth Covid-19 wave in Vietnam from the end of July has caused Vietnam’s tuna exports to this market to tend to slow down from the beginning of the third quarter. 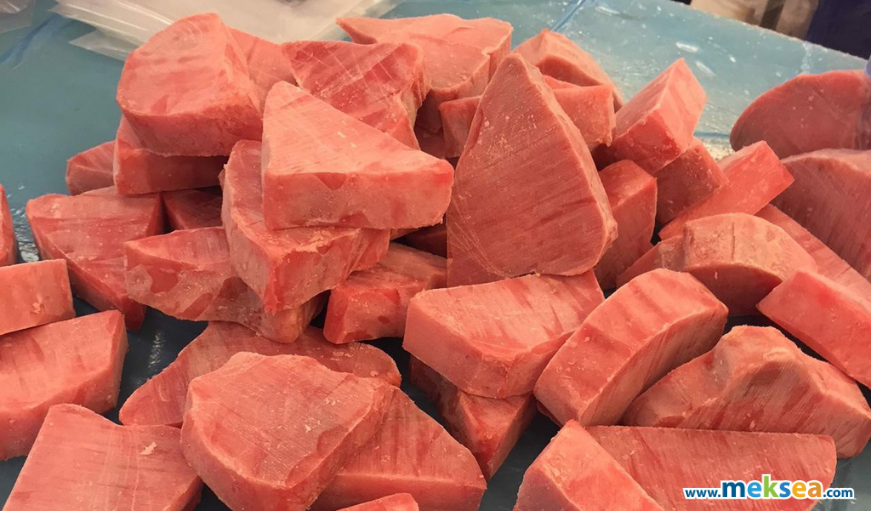 However, up to now, according to statistics of Vietnam Customs, China is increasing imports of frozen tuna meat/fillets with HS code HS0304 and canned tuna from Vietnam. Among the tuna products exported from Vietnam to this market, frozen tuna meat/fillets with HS code 0304 accounted for 66% of the total export value, followed by canned tuna accounting for 19%.

China imports many kinds of tuna, in which frozen whole skipjack tuna including Mackerel, purchased by tuna loin factories is the most. The majority of this tuna loin is exported to EU canning plants under an annual autonomous tariff quota (0%). Canned skipjack or other tuna products came in second, followed by frozen skipjack steaks, including mackerel.

Currently, China is considered one of the largest tuna import markets of Vietnam. Therefore, in order to increase exports to this market and continue to maintain, it is necessary to take good measures to prevent the epidemic so that production activities at the factory are not interrupted.