For searching about seafood sittuation, Mekong Seafood would like to share with you some significant material in Vietnam.

a. Vietnam’s shrimp exports to markets have increased positively.

In the first four months of 2021, Vietnam’s total shrimp export value reached US$961.9 million, up 10.2% over the same period last year, of which whiteleg shrimp products accounting for 75.8% of total shrimp exports, up 20%. This result reflects the flexible grasp of the market by Vietnamese shrimp enterprises to overcome obstacles of many Covid waves.

It can be said that since April 2021, Vietnam’s shrimp exports have begun to show many positive signs in some major markets. It is forecasted that in the second quarter of 2021, the total shrimp export value may increase by more than 20% over the same period last year because the export value in most markets will recover or grow positively.

According to the Vietnam Association of Seafood Exporters and Producers (VASEP), by the end of April, the total export value of pangasius reached US$489.4 million, up 8.9% over the same period in 2020. Outside the US , China, Brazil and Thailand are two recent emerging markets with very strong growth unexpectedly.

South Korea is currently the largest import market of Vietnam’s cephalopods, accounting for 42% of the total export value in the first 4 months of 2021, reaching $69 million, up 9% over the same period in 2020. In which , the export value of squid and octopus accounted for 81%. Korea is increasing Vietnam’s octopus imports, up 29%, reducing squid imports, down 34%. The 0% tariff preference is creating advantages for enterprises to increase exports of fresh and frozen octopus to this market. At the same time, it helps Vietnam increase its market share in this market, becoming the largest source of octopus for the Korean market.

Freight costs are high in early 2021, with no signs of abating.The imbalance of global trade right now is this: refrigerated containers are now piling up in some places but seriously lacking in others. And then in April there was a blockage of the Suez Canal, blocking about 300 cargo ships on either side of the canal for 10 days. This incident continues to cause problems in Europe, as congested ships dock at ports, leaving ports flooded with food goods.The cost of shipping a container to Europe and North America has increased amid recent global logistics disruptions, forcing some small-scale seafood companies to temporarily stop processing. 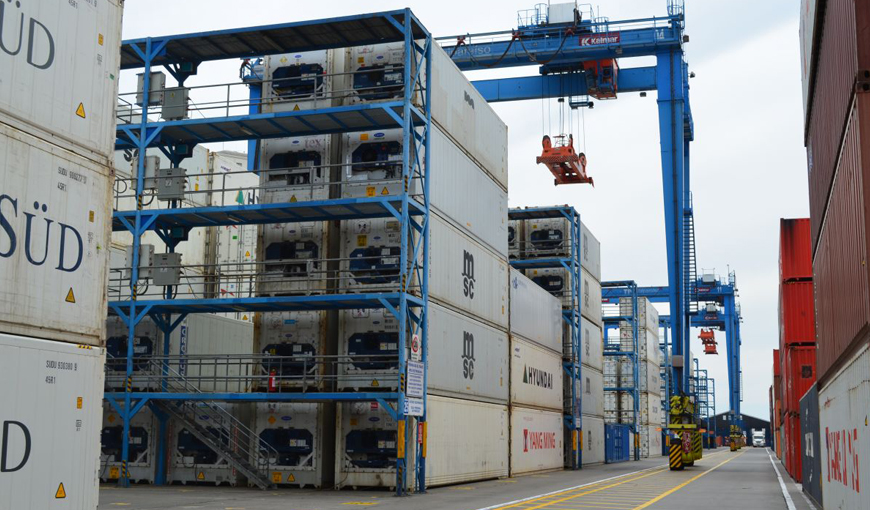 Meanwhile, international shipping companies said shipping costs will increase further. Germany’s Hapag-Lloyd announced an increase in shipping costs from the Indian subcontinent and the Middle East to the United States and Canada by $480-600 per container, effective June 1. Taiwanese shipping company Wan Hai Shipping has raised the rates for shipping containers from China to other Asian countries by $300-600 amid rising operating costs, Seafood Guide reported.