Logistics: Disruptions at major seaports in China and the US push freight rate up further

MEKSEA.COM – Disruptions at seaports in China and the US have significantly affected global trade. That not only disrupted supply chains but also increased international freight rate.

In China, the policy of tightening anti-epidemic measures is considered to be the cause of the difficult circulation of goods. Therefore, a large amount of goods to be congested at seaports in this country.

Last week, two major ports in China have to shut down due to the Chanthu storm. According to The Shanghai International Port Group, some terminals in Shanghai have to be closed for two days (September 12-13). And the port of Ningbo – Zhoushan – China’s second-largest shipping port after Shanghai, and the world’s third-busiest port after Singapore, also suspended operations at some terminals. While that the port has just reopened after the week affected by the Infa storm in late July. Moreover, there was an employee positive with coronavirus in mid-August despite getting vaccinated for covid-19 before. 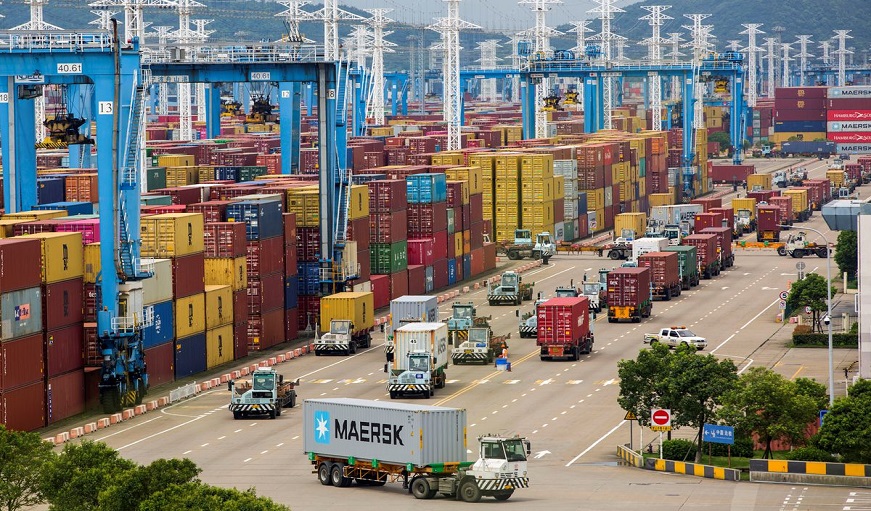 In addition, a record imbalance between import and export volumes is causing a massive backlog of empty containers in Southern California ports. Recently, the Southern California Maritime Exchange said that the number of container ships moored in San Pedro Bay, Southern California waiting to dock at the ports of Los Angeles and Long Beach reached a record and is expected to increase dramatically soon due to Importers want to avoid peak season. 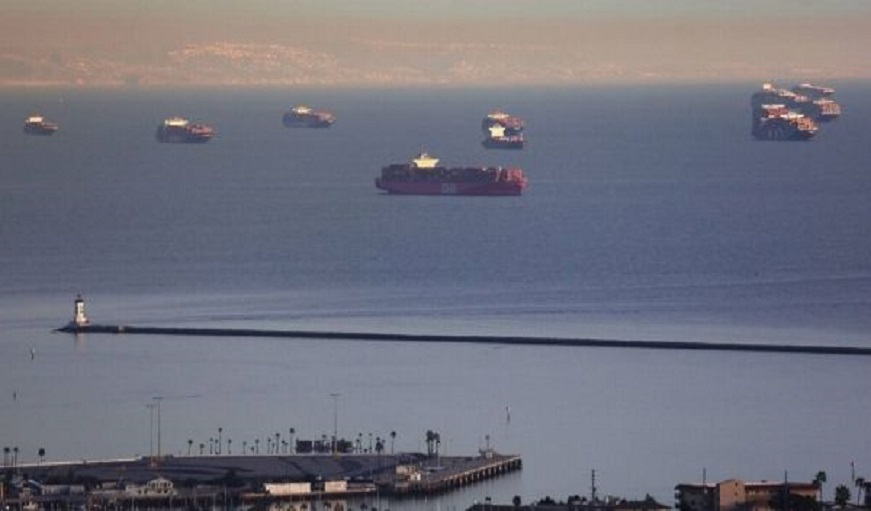 Container ships lined up in a long at the Los Angeles port. (photo: AFP)

Disruption at busy ports causes cargo containers not to ship to destinations, empty containers cannot be moved to other places, causing a shortage of empty containers in many places. To meet the demand for goods, large corporations in the world are willing to lease empty containers to carry their goods, making the empty container even more lacking. Which have contributed to pushing the freight rates extremely, to get a seat, businesses not only spend freight but also have to spend an extra amount to ensure that the booking is not canceled due to the lack of empty containers.

Currently, retailers in North America and Europe are increasing their purchases to meet peak season, and at the same time stockpiling goods for the year-end peak. Not only supply chains are interrupted but also freight rates significantly increase due to shortage of shipping vessels, empty containers, and congestion at seaports. Last month, container freight rates from China and Southeast Asia to the East coast of the United States have reached a record high of more than $20,600 per 20-feet TEU).