MEKSEA.COM – The dangerous Delta Variant may obstruct the global economy’s recovery. The economic benefits will be lost away if countries open up and the number of diseases rises dramatically.

International economic experts have warned, according to CNBC, that the spread of the Delta Variant will make the prospects for global economic growth this year bleak. However, it is still too early to anticipate how the markets would respond.

New distancing measures were implemented in France, the Netherlands, and Spain, respectively, to prevent the spread of Delta variant infections. In the meantime, the United Kingdom has dropped most of its epidemic prevention laws, but has said that it would develop new guidelines to combat the disease.

The Delta Variant has been found in over 100 nations, according to a report published on July 12 by Oxford Economics, and is currently the dominant strain with an expanding number of infections.

With the exception of Maine and South Dakota, all states in the US have seen a rise in the number of new cases in the last two weeks. 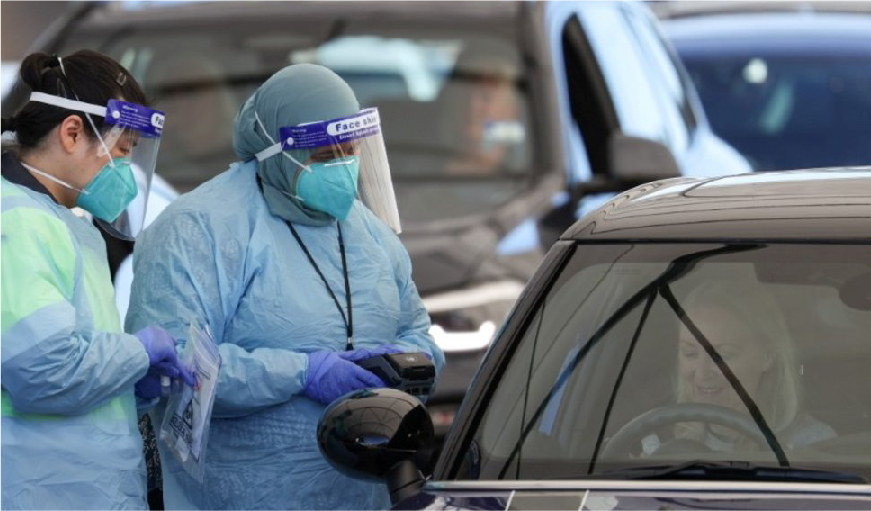 Mr. Ben May, Director of World Macro Research at Oxford Economics, warned that this fluctuation will have an unavoidable influence on the global economy. He believes that a vaccine alone will not be sufficient to ensure a seamless transition to economic normalcy.

According to May, the rise in new cases in the United Kingdom, where vaccination has been successful, indicates that the new virus may “devastate” emerging market countries where vaccination programs are lagging behind globally.

“The situation in the UK could provide additional insight into this possibility,” he warned.

The new viral variant has also jeopardized the path to economic normalization, according to Christian Keller, Head of Economic Research at Barclays.

According to him, inconsistencies in vaccination administration constitute a problem in the United States alone.

“Although immunization rates in the United States are high on average, many southern and midwestern states still have very low rates. As a result, hospitalization and death rates in these areas could skyrocket. inform me, “Keller issued a warning.

Anti-vaccination sentiment is growing in many places of the United States, as the Delta strain spreads quickly and accounts for the bulk of cases across the country. According to the AP news agency.

Reaction of the market

“One concern is that rising infection rates, even if not deadly, may encourage the emergence of novel strains resistant to Covid-19 vaccinations,” explains Keller.

Even if the novel variants have no effect on mortality or hospitalizations, they may have an impact on consumer confidence, private demand, and labor supply.

Barclays, on the other hand, stated that global economic growth will continue to be solid. New hazards are being monitored by policymakers, according to Keller. To keep inflation under control, the People’s Bank of China has reduced reserve requirements, while other central banks may explore boosting interest rates.

Meanwhile, JPMorgan analysts said in a report issued on July 12 that stocks associated to reopened industries had corrected in recent months. In addition, the number of Covid-19 patients admitted to hospitals in the United Kingdom has reduction.

As a result, even if the Delta variation produces catastrophic macroeconomic damage, the market may be well prepared to weather the storm.

“Even if the distancing measures are reinstated, the market will not be shocked. Stocks in such industries have fallen precipitously in recent months, so this could be a surprise. decrease turbulence, “Head of European and Global Equity Strategy at JPMorgan” Mislav Matejka said.

According to predictions, earnings on consumer return-related stocks will still be 30% below pre-Covid-19 levels by 2022. This is in stark contrast to the market as a whole, where earnings are up 15% from pre-pandemic levels. Mr Matejka claimed that the raise would provide a “significant probability of recovery.”