Weihnachtsgans, or German Christmas goose, is the traditional fowl that anchors family feasts around the country, though roast duck is becoming increasingly popular too. 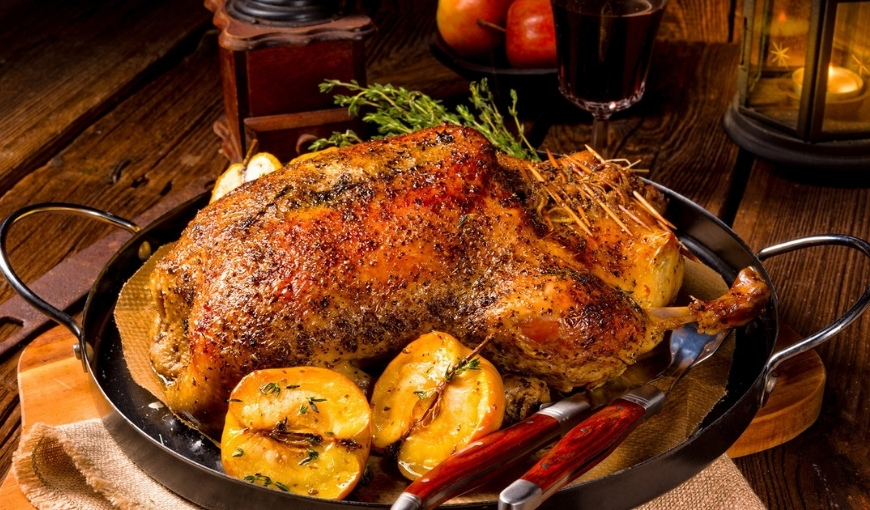 At Christmas, German usually enjoy the Weihnachtsgans. A tradition dating back to the Middle Ages, eating goose was originally associated with the Feast of Saint Martin h Martin, but it eventually became part of the Christmas meal.

The goose is stuffed with apples, chestnuts, onions and prunes, then seasoned with wormwood and marjoram. Germans often enjoy the goose is served with red cabbage, dumplings, gravy and sauerkraut. Whisch creats the Weihnachtsgans attractive.

2. Feast of the Seven Fishes – Italy

Italy has many traditional Christmas dishes depending on the region of the country. In some parts of Italy, they celebrate with a party called the Feast of the Seven Fishes. 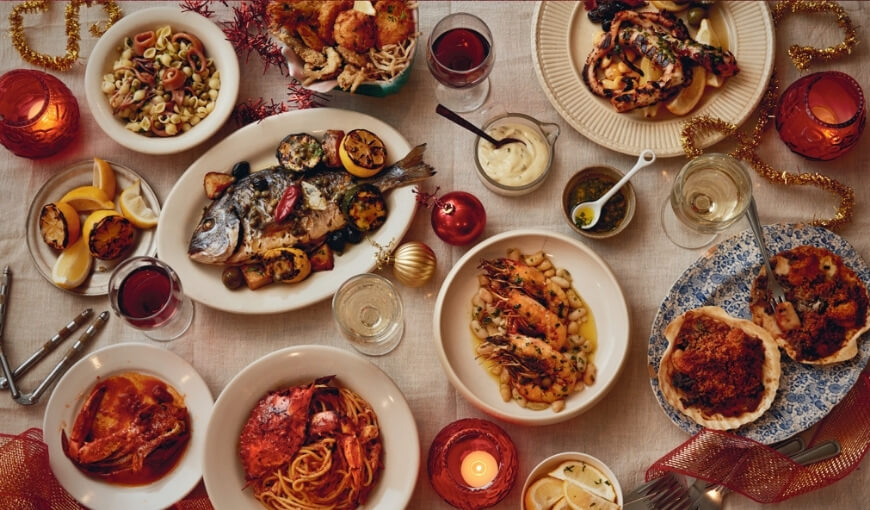 This meal includes all kinds of marine life such as oysters, octopus, shrimp, fish, etc. In which, salted cod and squid are two of the signature items.

In other regions, they eat grilled lamb, grilled or boiled poultry and seasoned with sauces.

One of the popular holiday sweets is Panettone – a sweet bread with candied fruit, chocolate, raisins, and nuts. Other treats include nougat, macaroons, zeppole donuts, cannoli pastries and pandoro sweets.

In Costa Rica, every family has their own Tamales’ secret recipe for Christmas. Making Tamales is difficult. This is an opportunity for everyone in the family to gather together to make cakes. 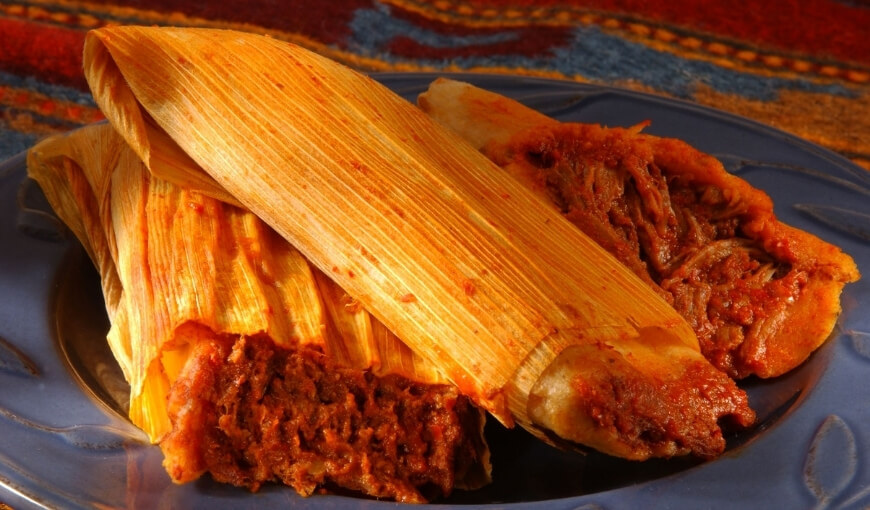 Tamales is not only traditional cakes but also a symbol of the time of saying goodbye to the old year and welcoming the new year in the family reunion and contagious joy of Costa Ricans.

The ingredients of the cake are cornmeal wrapped in banana leaves or corn husks, then steamed. Tamales can be sweet, savory or vegetarian depending on the taste of each family.

Sweet filling is usually made from flour, corn kernels, cheese, spices, etc., pureed. As for the savory filling, it is often more diverse, in addition to the cornstarch, there are also chicken, pork, beef, green peppers, cheese, etc., which are also marinated and minced.

Christmas pudding is an important traditional Christmas cake in Christmas day in England, Ireland and parts of the United States.

Pudding modern is not very similar to the old days. Around the 15th century, people made the pudding from plums, wine, finely chopped veal, breadcrumbs, herbs, onions, dried fruits, and spices.

But by the 16th century, vegetables and meat were gradually replaced. By the 19th century, its composition and taste were very close to today’s pudding with sweetness being the main.

People also put a few peas or coins in the cake and believe that the person who eats this cake will have good luck for the entire year.

Bûche de Noël, a rich buttercream-filled cake shaped and frosted to look like a Yule log. This cake commemorates the tradition of cutting and burning a specially selected log known as the Yule log. 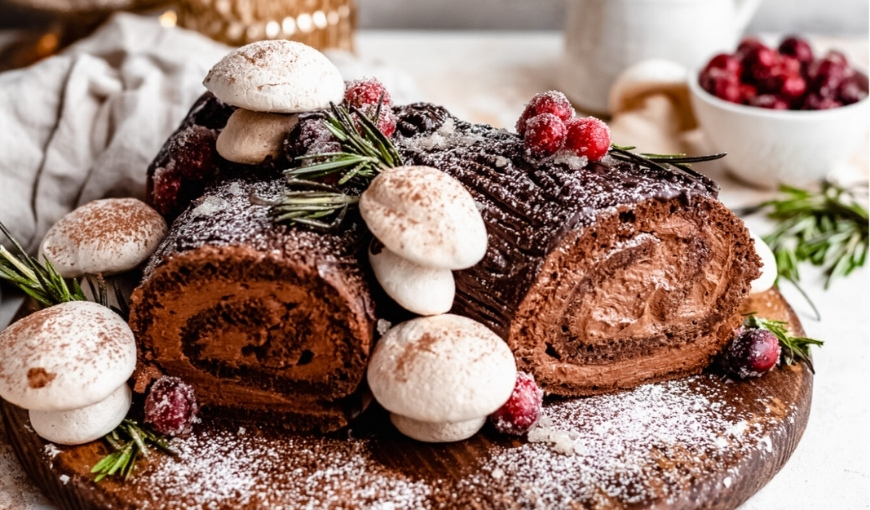 Log cakes are made from sponge cake, baked similar to rolls or cookies, in a large, shallow tray; then roll it up, spread it with chocolate buttercream.

The cake is usually served with one end cut out. People use powdered sugar (to resemble snow), twigs, fresh strawberries and mushrooms made from meringue to decorate the cake.

Latkes is potato chips that are very popular in Hanukkah. 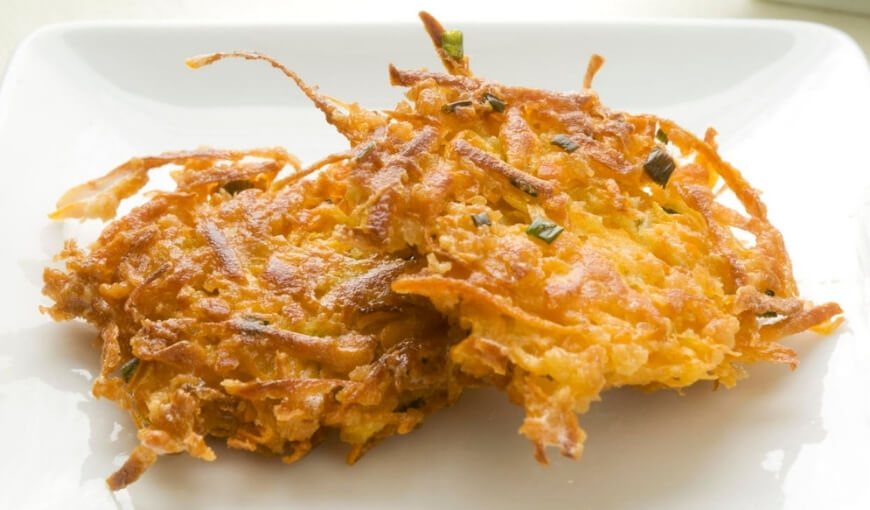 This marks the Jewish people’s recapture of the city of Jerusalem and the Holy Temple from the Seleucids in 168 BC.

To dedicate (a solemn ceremony) to God they had to light the Menorah (a type of sacred lamp) of the temple for 8 days. However, the remaining oil was only enough to light for 1 day. Surprisingly with the little amount of sacred oil left, the Menorah lamp remained fully lit for 8 days.

To rededicate themselves to God they must light the menorah

To celebrate this miracle, each year around Hannukkah the Jewish people light a Menorah and eat fried foods like potato chips and donuts.

Each Jewish family will have its own recipe for these Latkes, but the basic ingredients include potatoes, onions, flour, eggs, and salt. Serve hot with apple sauce or sour cream.

Melomakarona is the most popular dessert during the Christmas holidays and you can find it in most Greek homes. 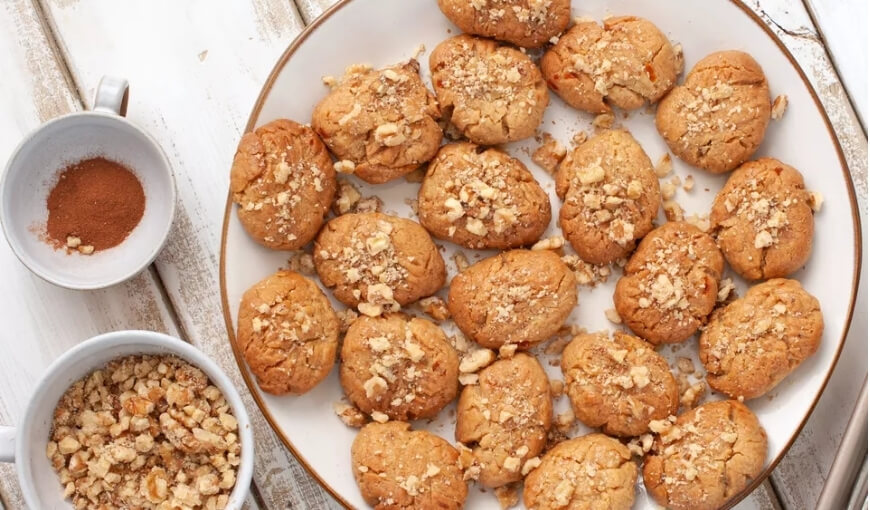 Many families make their own traditional melomakarona. After all, it is not difficult to make this cake, because it has many recipes, depending on each person’s preferences.

Melomakarona is a cookie that combines the flavors of orange, cinnamon, cloves, cognac,… After baking, After baking, the cake will be soaked through a layer of sweet honey syrup, topped with some walnut puree.

Julbord – a three-course feast, enjoyed on Christmas Eve in Sweden. It includes a combination of hot and cold foods such as ham, ribs, meatballs, fish, potatoes and boiled cabbage.

Besides savory dishes, Saffron Buns is an indispensable dessert on Christmas Eve for the Spaniards. Traditionally, the eldest daughter in the family undertook to prepare Saffron Buns.

Saffron Buns has sweetness and yellow color from saffron. Especially, Its shape is an “S” and baked with fragrant butter.

Lechon, or roast pig, is a traditional Christmas Eve dish in this island nation. 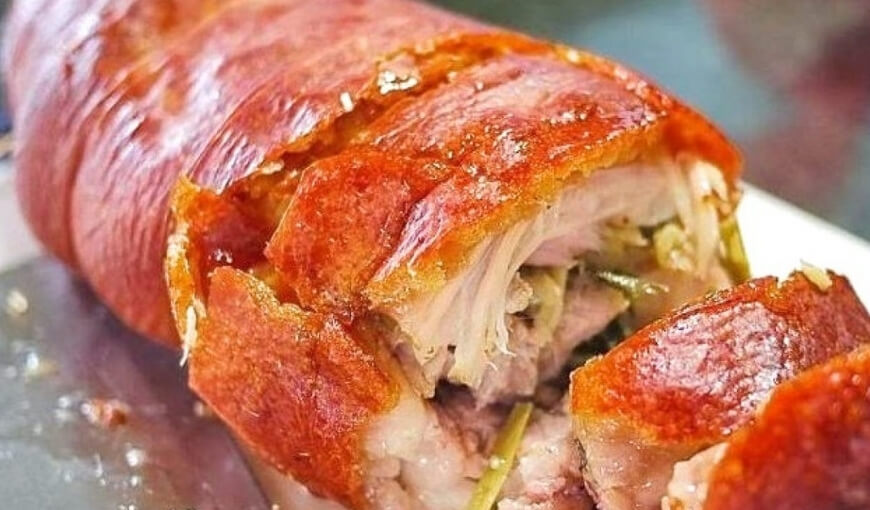 In addition to the Philippines, Lechon roast pork is popular in many countries such as Dominica, Canada, Puerto Rico, Cuba, Spain and some other Spanish-speaking countries.

Lechon is made from whole suckling pig, roasted with charcoal, it is also known as Spanish roast suckling pig.

Christmas is the best time of year for Japanese to enjoy Kentucky Fried Chicken or KFC.

About 3.6 million Japanese families eat KFC on Christmas Eve, often needing to pre-order their meals up to two months in advance.